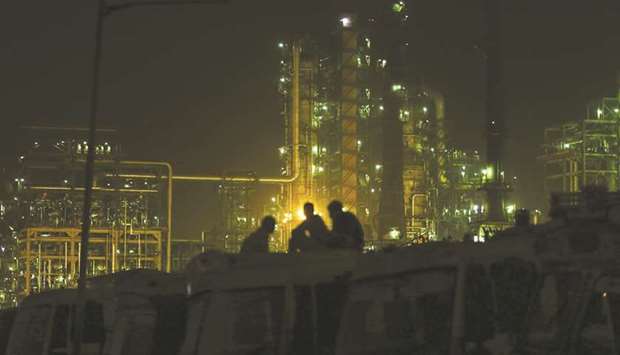 Asia’s biggest oil importers are testing the waters in the hope that the incoming administration of US President-elect Joe Biden will set the stage for a resumption in crude exports from Iran and Venezuela.
Indian Oil Minister Dharmendra Pradhan said last week the country would like to buy from more producers when asked if he would like to see an easing of White House sanctions on Iran and Venezuela. Tehran, meanwhile, is preparing to raise oil exports, according to President Hassan Rouhani’s official website.
There has also been an increase in inquiries from Chinese buyers about purchasing a sludgy type of oil known as bitumen-mix, which is thought to be Venezuelan crude passed off as another grade, according to traders.
Under President Donald Trump, the US pursued an aggressive foreign policy, reinstating sanctions on the Islamic Republic in 2018 and then taking steps to limit Venezuelan crude exports the following year. Shipments from both nations have since slowed to just a trickle, forcing Asian refiners to look for alternatives to the medium-heavy sour crudes from the two countries.
“As a buyer, I would like to have more buying places,” Pradhan said at a webinar last Wednesday, adding the country intends to move ahead with a plan to increase the size of its strategic petroleum reserves.
While Trump is stepping up foreign sanctions as his term winds down, the hope among Asian buyers is that Biden will seek to restart the Iranian nuclear deal and also take a softer line on Venezuela when he takes office next month.
However, Biden’s task looks to have become more difficult after Iran’s top political chamber gave final approval to a bill forcing President Hassan Rouhani to end international nuclear inspections unless the US lifts key sanctions by February. That will give the Biden team just weeks to make a diplomatic breakthrough.
If a Biden presidency does lead to a resumption in Iranian and Venezuelan oil exports, the new supply will likely cause a further headache for the Opec+ alliance and would also reshape crude flows to Asia. The popularity of similar-quality grades from Canada and Iraq might wane, according to Asian traders. Tehran will take measures “to prepare resources and oil-industry equipment for the production and export of oil in line with current capacity within the next three months,” according to President Rouhani’s website.
India halted imports from Iran, previously its third-largest oil supplier, in mid-2019 after the expiration of US exemptions. The nation imported 7.65mn tonnes of Venezuelan crude from January to October this year, compared with 15.9mn tonnes in 2019.
China last imported Venezuelan oil in September 2019, customs data show. It purchased around 3mn tonnes of Iranian oil in first 10 months of this year, or 72,000 barrels a day, down 77% from the same period in 2019.
Chinese crude imports from Malaysia, meanwhile, have been a lot higher than usual since the start of 2019. Much of those volumes may have come from ship-to-ship transfers in Malacca Strait, a tactic to mask the origin of cargoes.