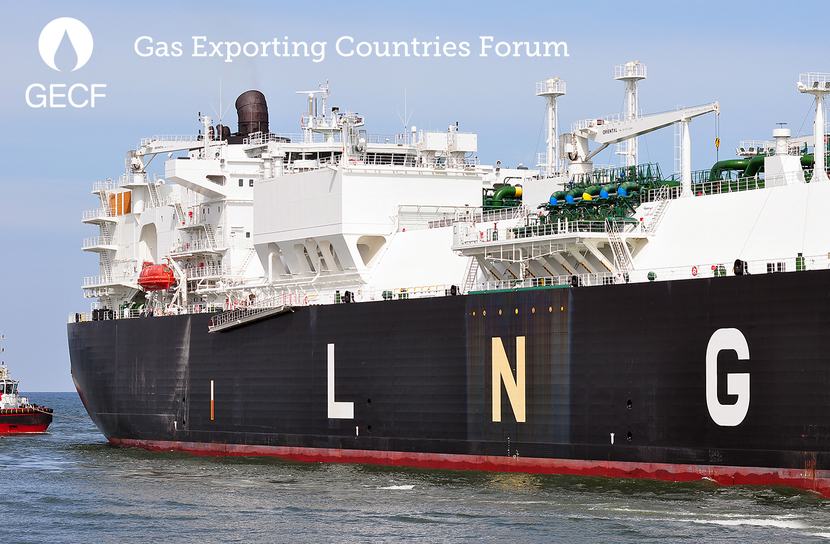 The Covid-19 pandemic has brought new challenges for the global gas industry, with the LNG shipping market not being an exception. Because of the Covid-19 pandemic, the market witnessed a reduction in the global gas demand in 2020, which resulted in a slowdown of the global LNG trade and lower-than-expected demand for LNG carriers. These developments, coupled with the commissioning of a large number of new carriers, led to the oversupply of LNG carriers in the shipping market. However, a recovery of LNG demand in early 2021 has raised a question: where is the LNG shipping market drifting, and whether in the short- and medium-term there will be enough LNG carriers on the market to transport liquefied natural gas.

The last three years witnessed the record commissioning of LNG carriers, with 134 LNG carriers coming on line. As a result, at the beginning of 2021, there were over 600 LNG carriers operating in the global market (Figure 1).

In the short- and medium-term, the global LNG shipping market is anticipated to be balanced due to the upcoming commissioning of new LNG carriers. At least 142 LNG carriers, ordered recently, are expected to come on line between 2021 and 2025. Out of the total number, 46 LNG carriers are to be commissioned in 2021 followed by 38 carriers in 2022. South Korean shipbuilders account for the majority of LNG carriers on the order book. Hyundai, Samsung and Daewoo are going to build 110 carriers, while the Russian firm Zvezda has orders for 15 carriers and China’s Hudong for 11 carriers.

The ratio of global LNG exports to the number of LNG carriers gives an indication of the average volume of LNG transported by one LNG carrier throughout a specific year. A higher ratio indicates a tighter LNG shipping market. Over the last decade, the LNG shipping market has loosened, supported by the increasing availability of LNG carriers. From 2011 to 2020, the ratio fell from 0.73 to 0.59, which implies that in 2020 one LNG carrier transported on average 0.59 million tonnes per annum (mtpa) (Figure 2).

There are different types of LNG carriers depending on their capacity. Various factors have an impact on the choice of shipping companies to build and charter LNG carriers with specific capacity. The liquefaction and regasification capacity of LNG plants and terminals, depth of berths, movement through Suez and Panama canals or through Northern Sea Route, all play an important role in the vessel design. The larger the capacity of the involved LNG carriers, the less LNG shipments and carriers are needed for specific trade routes.

Various types of LNG carriers exist depending on the propulsion systems. Steam turbine LNG carriers, which dominated the LNG shipping market for many decades, remain the most popular ones, with 239 carriers operating on the global market. However, their dominance has been broken over the last decade, driven by the emergence of alternative, more efficient propulsion systems. Suffice to note that only 15 LNG carriers of this type were commissioned in the 2010s. Because of these new trends, today many of steam turbine LNG carriers, especially the old ones, are being converted into FSU or FSRU (floating storage/ regasification unit). Since the mid-2000s, the global shipping industry developed alternative types of LNG carriers, driven by its aspiration to increase operational efficiency, decrease the consumption of bunker fuels, optimise the size of engine room, and expand cargo capacity. The first of them was a dual-fuel diesel electric (DFDE) propulsion system, which came on line in 2004. Later, the industry introduced other propulsion systems for LNG carriers, including tri-fuel diesel electric (TFDE), M-type, electronically controlled, gas injection (MEGI), diesel with re-liquefaction (DRL), in addition to some other types (Figure 4).

The anticipated increase in global liquefaction capacity, LNG trade and number of LNG shipments are key factors that will influence the LNG shipping market and incentivise market players to build new LNG carriers in the short- and medium-term. In this context, the GECF Member Countries will remain key players in the market. These countries have various policies towards the transportation of LNG. First, some of them do not own or operate LNG carriers. Second, others do not own but operate the fleet. Third, others own but do not operate LNG carriers. Finally, some of them both own and operate the fleet.

The planned expansion of LNG liquefaction capacity in some GECF Member Countries, mainly in Qatar and Russia, will have a huge impact on the LNG shipping market in the medium-term.

Today, the leader of the global LNG transport market is undoubtedly Qatar’s Nakilat. It owns 69 LNG carriers, individually or jointly with other international shipping companies, with a combined capacity exceeding four mt. Other companies, such as Maran Gas from Greece, GasLog from Monaco, and MISC from Malaysia, lag far behind the Qatari company. Qatar plans to expand its LNG liquefaction capacity by 49 mtpa to 126 mtpa by 2027. Such huge additions to the country’s LNG liquefaction capacity will require new LNG carrier fleet to transport LNG to the global markets. In this context, in 2020, Qatar entered into agreements with global shipbuilders, mainly from South Korea, for over 100 new LNG carriers. These contracts will be worth nearly US$20 billion, which means that it will be the largest LNG-shipbuilding programme in the industry’s history. As a result, Qatar secured around 60% of the global LNG ship construction capacity through 2027. That could lead to the tightening of the LNG shipbuilding market, which should be taken into account by other shipping companies planning to order new LNG carriers.

Russia also has plans to expand its LNG liquefaction capacity, which will require additional LNG carrier fleet. The Russian shipping company Sovcomflot has already ordered 15 icebreaking LNG carriers for the Arctic LNG 2 project from the Russian Zvezda Shipbuilding Complex, with the South Korean Samsung Heavy Industries being a technology partner of Zvezda in this project. These LNG carriers will be delivered between 2023 and 2025. Sovcomflot will own one vessel individually and 14 other carriers jointly with its partner Novatek. These carriers will enable the delivery of LNG to buyers in Asia in 15 days through the Northern Sea Route, which reduces transportation costs and transit time by half, compared to the traditional Suez Canal route. This instance will be the first time a Russian shipbuilding company will construct LNG carriers.