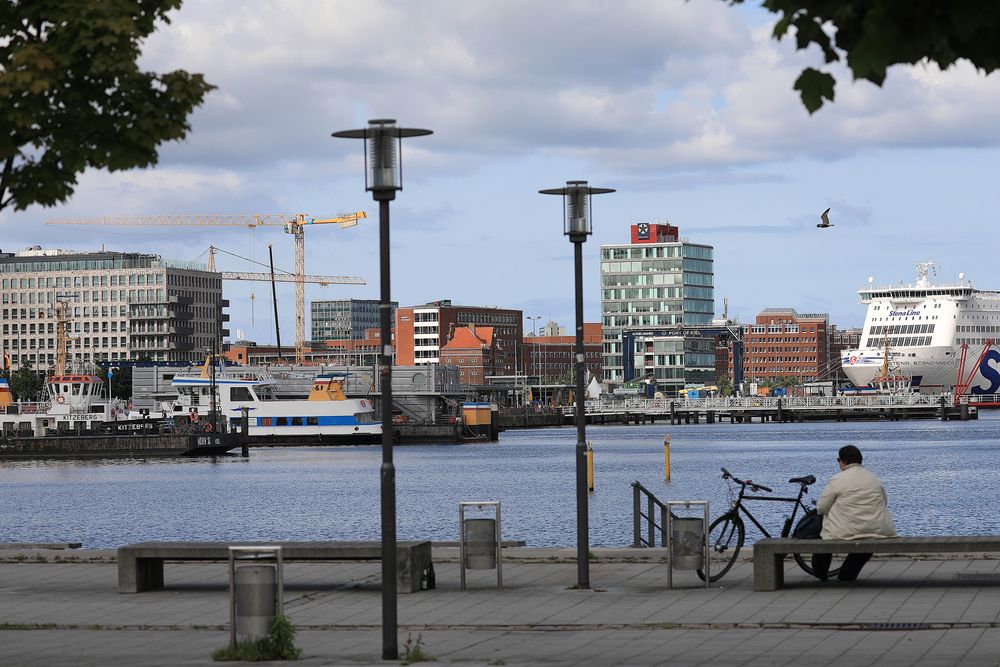 Germans are world leaders in recycling, but one city has decided more needs to be done to protect the environment.

Kiel, a Baltic port known for its annual sailing regatta, last year became the first — and so far only — German municipality to sign up to the global “Zero Waste” initiative.

The ambitious goal of the city of nearly 250,000 is to eliminate waste, conserve and recover resources and not burn or bury them. It’s a recognition that waste management, anti-incineration, and reduced plastic production are vital to efforts to reduce the greenhouse gas emissions blamed for global warming.

“On the one hand, we are world champions at separating rubbish, but on the other the creation of plastic waste has not declined in any way, quite the contrary,” said Andreas von der Heydt, head of Kiel’s environmental protection agency.

“That means we really need to think about how we can avoid waste creation in the first place,” he said, citing “quite shocking” data showing surging global waste production.

The European Union adopted a “Circular Economy Package” in December 2015 designed to push member states away from a “‘take, make, use and throw away approach.” Last year, the bloc said that in 2016 alone, activities such as repair, reuse or recycling gave a boost worth almost 147 billion euros ($162 billion) to the economy and generated some 17.5 billion euros of investment.

The flow of materials accounts for more than half of emissions in OECD countries and reducing waste could help achieve the target of limiting temperature increases in the atmosphere to below 1.5 degrees Celsius, Zero Waste advocates say.

Other German cities are considering following Kiel’s lead. Munich Mayer Dieter Reiter said in October he wants the Bavarian capital to pursue Zero Waste “in the not too distant future.” Germany has a good deal of catching up to do. Around 300 municipalities in Italy, where Zero Waste Europe has its origins, have signed up, along with about 100 in Spain.

“We’ve all got those pictures of plastic-filled oceans in our heads,” Reiter said. “That’s why I wanted to know, as mayor, what we can do to in concrete terms to prevent waste from being generated in the first place.”

A European Environment Agency report published last week said that there is “still a long way to go to turn Europe into a truly circular economy” and it will require “long-term involvement at all levels, from member states, regions and cities, to businesses and citizens.”

As well as trying to change people’s consumption habits, measures will include efforts to reduce packaging in stores and promote second-hand markets for things like furniture, textiles and construction materials.

Kiel has benefited from a know-how sharing partnership with San Francisco, an early convert to the “Zero Waste” concept, and advice from Germany’s Wuppertal Institute, which conducts research on sustainable development. Zero Waste Europe, which gets most of its funding from the EU, will oversee the city’s progress.

Von der Heydt said Germany has been relatively slow in adopting Zero Waste policies probably because of a widespread belief that enough is already being done through existing recycling programs. At 68%, Germany has the highest rate of recycling for municipal waste, according to the most-recent data, well above the EU average of 46%.

“Many people believe that our waste system in Germany is already very well developed and that it’s enough to maintain the status quo,” Von der Heydt said by telephone. “The system we have is such that it’s difficult to change tack in the short term.”

Jack McQuibban, cities program coordinator at Brussels-based Zero Waste Europe, said that many administrations need waste to feed incinerators to generate heat or energy — and a profit — for the local community.

“We need to challenge this idea that incineration or zero waste for landfill is actually zero waste. It’s not,” McQuibban said. “We haven’t been able to grow as much in Germany perhaps because of that and there’s a real opportunity there.”

— With assistance by Brian Parkin