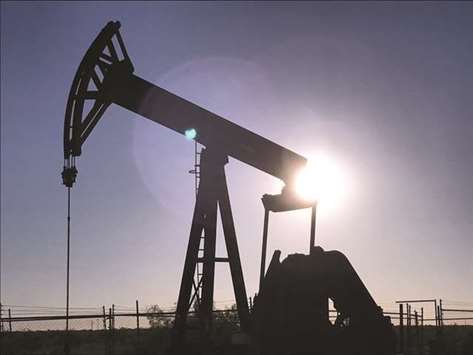 US crude oil production rose 269,000 bpd to a record 10.964mn bpd in July, led by record output from Texas and North Dakota, the US Energy Information Administration said in a monthly report on Friday.
The agency revised its June production figure slightly higher to 10.695mn bpd in June.
US crude production has surged thanks to a shale boom and now rivals top producers Russia and Saudi Arabia.
Oil production in Russia averaged 11.347mn bpd between September 1 and September 27 and was on track to reach another post-Soviet high, an energy sector source told Reuters on Friday. Saudi Arabia meanwhile, produced about 10.4mn bpd in August.
Saudi Arabia is concerned that rising US shale production over the next year could create another glut, especially if a stronger dollar and weaker emerging market economies reduce global demand for oil.
Production in Texas inched higher to a record 4.47mn bpd and output from North Dakota also hit a peak, rising by 41,000 bpd to 1.26mn bp, EIA data showed.
Still, the rate of production growth in the Permian basin, the biggest US oilpatch which spans Texas and New Mexico, is slowing amid transportation bottlenecks as pipelines have filled.
Drilling companies cut oil rigs for a second consecutive week as new drilling stalled in the third quarter with the fewest additions in a quarter since 2017, data showed on Friday.
Total US oil demand was up 3% in July compared with last year, driven by strong demand for distillates, EIA data shows.
Distillate demand jumped 6.8%, or 251,000 bpd, in July year-on-year, while gasoline demand was up 0.7%, or 67,000 bpd, in July compared with last year, EIA data showed.
Meanwhile, natural gas production in the lower 48 US states rose to an all-time high of 92.7bn cubic feet per day (bcfd) in July, up from the prior record of 90.9 bcfd in June, according to the EIA’s 914 production report.
Output in Texas, the nation’s largest gas producer, increased to 24.6 bcfd in July, up 1.5% from June. That was the most since April 2016.
In Pennsylvania, the second biggest gas producing state, production rose to a record high 17.0 bcfd in July, up 3.0% from June.
That compares with output of 14.7 bcfd in July 2017.