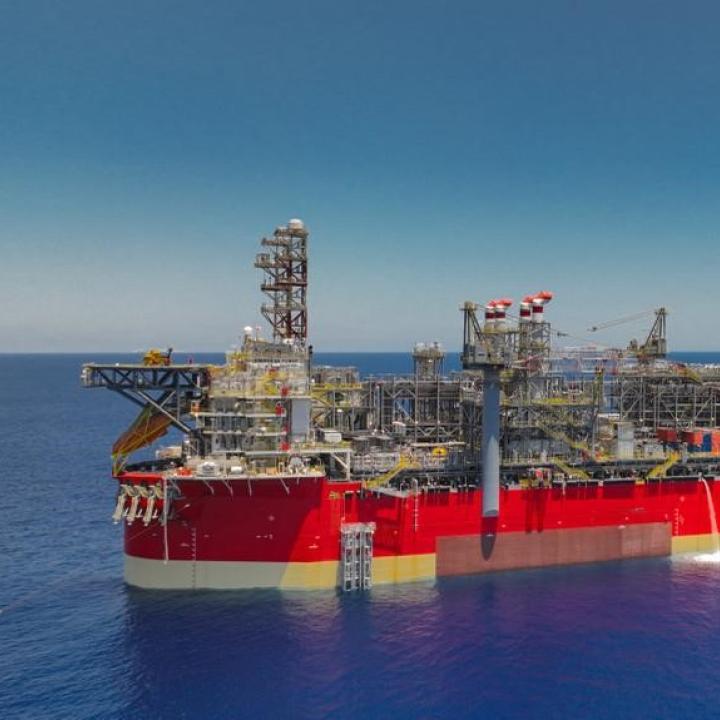 The country and its energy partners have found a more efficient way to exploit smaller offshore reserves, though Western officials should temper any expectations that such developments will help ease the global energy crisis.

Amid a verbal row between Israel and Lebanon, developing the Karish natural gas field represents a way forward for exploiting smaller offshore hydrocarbon discoveries in Israel’s exclusive economic zone (EEZ). The field’s 1.75 trillion cubic feet (tcf) of reserves are much less than the estimated volumes in Israel’s two producing fields, Leviathan (35 tcf) and Tamar (7.1 tcf). But even before the recent sharp increase in gas prices, Energean, the Greek-British license holder for Karish, decided the best way to exploit the field was by linking its development to two other small fields in the area, Karish North and Tanin.

Key to this task is the Energean Power, a floating production storage and offloading vessel (FPSO) that took up position fifty miles off Israel’s northern coast last week and is due to start production in the third quarter of this year. The vessel will use multiple anchors in water 5,500 feet deep to maintain its position. Seabed equipment linking to the gas field below will then be connected by hoses to the FPSO. Once gas is flowing to the vessel, it will be processed onboard, cleaning it of oil products and water before it descends by other hoses to the seafloor and connects with a pipe that takes it ashore. Using a pressure control device close to the beach, it will then enter Israel’s gas grid to supply power stations. Meanwhile, the separated oil products and waste will be collected by a small tanker mooring alongside the FPSO every two weeks or so, and the separated water will be cleaned and pumped back into the sea.

In Israeli domestic political terms, the crucial advantage of the Energean Power is that it is not visible to local residents (read: voters). In contrast, the production platform for the Leviathan field is visible just a few miles offshore from the hilltop resort of Zichron Yaakov south of Haifa, leading to protests—though the tall chimneys of the nearby Hadera power station have escaped such complaints. As for Tamar, its platform is located out of sight thirteen miles off the coast of Ashkelon far to the south, but its gas still needs additional processing at the Ashdod onshore terminal. In terms of potential security threats, the existing facilities for Leviathan and especially Tamar are closer to the Hamas-controlled Gaza Strip.

Another plus for the Energean Power is that it can be connected with relative ease to additional fields in the area for which Energean holds the license, without the vessel needing to change location. The Karish North field is due to come online in the second half of 2023. Energean also judges that reserves in the “Olympus” area of Block 12 slightly further south will be commercially exploitable, though its latest drilling suggested only 0.28 tcf of reserves rather than the hoped-for 0.7 tcf. By carefully phasing such exploitation, the company hopes to maintain a steady production stream and offset the decline that occurs over the usual fifteen-year lifespan of an individual field.

In total, the Energean Power can handle 8 billion cubic meters (bcm) of gas per year. Setting aside the sometimes-confusing mix of metric and U.S. units of measurement represented by such figures, this amount will help meet Israel’s expanding demand for energy. For example, desalination alone consumes 10 percent of the country’s electricity. Eventually, surplus gas will be available for export, with Egypt as the first customer—though the purchase terms for Karish and Tanin do not permit Energean to export from those two fields.

From Israel’s point of view, Karish is firmly in its EEZ. Moreover, dealing with threats against its gas installations is nothing new—the Leviathan platform is in range of both missiles from Lebanon and rockets from Gaza. Israel’s main answer to this problem is deterrence, the implication being that any action or immediate threat against such installations would be dealt with either preemptively or through massive retaliation.

The volumes achievable from Karish and similar gas fields are significant for Israel but not in global terms. For comparison, Leviathan produces about 12 bcm per year and Tamar less than 10 bcm, while Europe’s annual demand for gas was around 400 bcm even before the Ukraine crisis, with Russia supplying more than 40 percent of that amount. Clearly, increased Israeli exports would have minimal impact on this imbalance.

Nevertheless, planners are considering ways to increase Israeli production. Leviathan volumes can grow, albeit with a commensurate increase in the size of its controversial offshore platform. Israel may also be able to export gas more widely than its current arrangements: by pipeline to Jordan (where 80 percent of electricity is produced by Israeli gas) and Egypt (whose apparently insatiable domestic energy market is not sufficiently fed by the country’s 75 tcf of gas reserves and estimated annual production of 65 bcm).

Currently, any exports further afield would need to be funneled via one of Egypt’s liquefied natural gas plants on the Nile Delta coast. Israel may eventually be able to use a floating LNG platform off its own coast to load specially built tankers with Leviathan gas, though rough seas in winter could make this approach infeasible. Another consideration is a potential pipeline to Cyprus, where an LNG vessel moored in port could supply the island’s modest domestic market while still leaving most of the Israeli product available for export further abroad. A proposal for a seabed line to take Israeli gas to Greece is effectively dead after the U.S. government signaled that the plan was logistically and commercially impractical.

Meanwhile, Israel, Egypt, and the European Union are expected to sign a memorandum of understanding on increasing gas exports, though it is difficult to see what immediate practical effect this will have. Israel’s Ministry of Energy will also open another round of bidding for licenses to explore in its EEZ. The degree of interest shown in this round will indicate how international energy companies currently regard the attractiveness of Israeli prospects.

Simon Henderson is the Baker Fellow and director of the Bernstein Program on Gulf and Energy Policy at The Washington Institute.