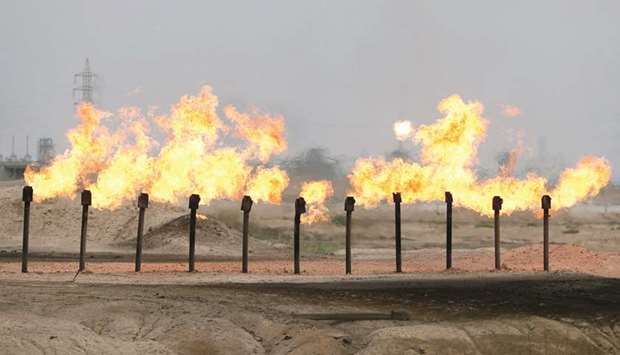 Iraq is exporting more crude so far in September than it shipped last month, a sign that the country is falling further behind in efforts to comply with its Opec+ production limit.
A long-time laggard, Iraq already owes its partners in the producers’ group compensation cuts to make up for pumping too much in past months. With these extra reductions that Iraq promised for August and September, its production goal would be about 3.4mn barrels a day.
In the first 15 days of September, Iraqi exports alone reached 3.26mn barrels a day, 8% higher than last month’s daily average, according to tanker tracking data compiled by Bloomberg. Adding as much as 650,000 barrels a day of crude to account for Iraqi refinery use would put Opec’s second-biggest producer well over its production limit.
Sixty years on from its founding, the Organization of Petroleum Exporting Countries is restricting output with other major producers to try to revive the oil market from the Covid-19 demand crisis. Leaders of the Opec+ coalition were chairing a monitoring meeting yesterday to make sure group members toe the line, so the timing of data suggested rising exports from Iraq is awkward.
Earlier this month, Iraq said it might need more time to implement its promised additional production cuts.
Iraq pumped 3.72mn barrels a day in August, according to a Bloomberg survey. Iraq’s oil ministry and its state oil marketer didn’t immediately respond to requests for comment.
Crude prices have slipped since the end of August on concern that coronavirus flare-ups will slow a recovery in demand and that Opec+ compliance may be slipping.
Opec was already facing compliance questions concerning the UAE, which pumped at least 100,000 barrels a day more than it should have in August. Tanker tracking can shed light on how much oil a country is producing. However, countries may sell barrels from storage, and those don’t count toward output limits. Producers also sometimes mix other petroleum products into the crude they ship, inflating their export numbers.
The daily average provided by preliminary tanker tracking may also change over the month because shipments are not always spread uniformly over the period.
After reviving crude prices from an unprecedented collapse over the spring, Opec+ is seeing the recovery stall and fuel demand falter as the deadly pandemic surges once again.
The peak holiday driving season has passed in the US, yet rush-hour traffic is still sparse and crude inventories stubbornly high. In India, the third-biggest consumer, transport-fuel sales remained 20% below year-ago levels last month. Even in China, where refiners binged on crude at the height of the crisis, buying has slowed.