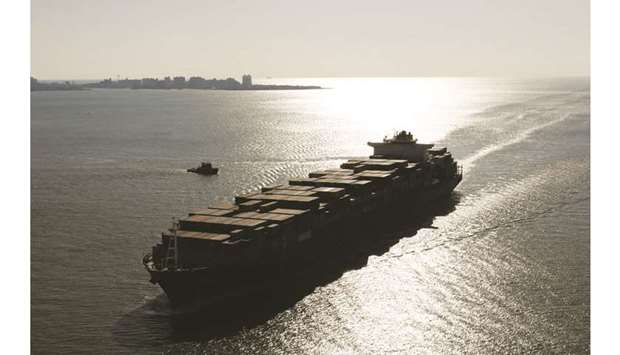 Ship owners and refiners are facing the biggest change to their industries in a generation: strict environmental rules for vessel fuel that kick in on January 1, 2020. Technically, it’s just a cap on sulphur content, but the repercussions are sweeping. Governments and companies across the globe have raced to prepare amid concerns about fuel shortages that could affect thousands of ships. Consumers, from cruise ships to truckers, will face higher prices. Some companies are already making a fortune. But the health benefits are expected to be substantial around the globe. If adopted widely – and enforcement is an open question – it may be the biggest single global change for air quality ever.

1. What are the new rules?
Fuel must have a maximum sulphur content of 0.5%, down from the current 3.5% limit in most cases. Known as IMO 2020, the regulation is set by the International Maritime Organization, a UN agency with responsibility for the safety and security of shipping as well as marine pollution by ships. Sulphur emissions are linked to acid rain and medical conditions such as asthma and heart disease.

2. Why does shipping cause pollution?
Because ships use heavy fuel oil – the gunk that’s left over in the refining process once more valuable, less sulphurous products such as gasoline, diesel and jet fuel have been squeezed out of crude oil. Although IMO rules have progressively tightened sulphur limits since 2005, there’s a long way to go: A Finnish study in 2016 estimated that air pollution from ships under current guidelines would contribute to more than 570,000 premature deaths worldwide between 2020 and 2025.

3. How are refiners affected by shipping rules?
Even though the rules apply specifically to ships, those vessels have to get their fuel from somewhere. Simply put, if refiners can make more IMO-compliant fuel, they stand to make more money. Complex refiners, such as those on the US Gulf Coast, would benefit. So-called simple plants, which can’t adjust as easily, could be at risk. Demand for so-called sweet (low sulphur) crude such as Brent is set to rise, at the expense of sour (high sulphur) crude produced mainly in the Middle East. Refiners’ economics from making a range of fuels – from gasoline to jet fuel – are being upended.

4. Which fuel will shippers switch to?
As of now, they seem to be favouring a somewhat broad group of products called very-low sulphur ship fuel, or VLSFO. Another option is marine gasoil, a distillate-based fuel. For this reason, analysts expect distillate demand to increase when the rules take effect. However, no single, IMO-compliant benchmark fuel has emerged. The market is still evolving, and companies including  Exxon Mobil Corp and Royal Dutch Shell Plc plan to offer a range of products. Shell has already made $1bn from fuel oil trading this year.

5. Will there be enough
compliant fuel?
It depends who you ask. In recent months, a flotilla of vessels storing compliant fuel has gathered near Singapore, the world’s largest bunkering port. Shipping company Euronav NV has even filled a supertanker with oil to help it comply with the rules and sent it to the region – for a profit of $52mn by one estimate. In other places, such as Gibraltar, there’s been a back-up of vessels. Researcher EnSys Energy & Systems Inc – an early sceptic of fuel availability – thinks that even if there’s enough compliant-fuel at the outset, stockpiles will wind down within months.

6. Do shippers have any other options?
Yes, they can install pollution-reducing scrubbers that can handle oil with a higher-sulphur content. But here’s the thing: Fitting a scrubber can cost as much as $6mn per ship. New orders for scrubbers have dwindled, and only 3,000 new orders are expected to be installed by the end of the year, according to BloombergNEF. That means the vast majority of ships will need to switch to using more expensive, low-pollutant fuel.

7. How will these changes be enforced?
The IMO says it expects strict enforcement of the rules, and it’s up to ports to make sure that happens. Some, such as Greece, have pledged strict adherence and potential sanctions for violators. Others, like Fujairah, the Middle East’s main bunkering hub, are taking a much softer approach. In places like Denmark and Norway, drone aircraft are being used to sniff out those who run afoul of the IMO’s mandate. Still, it’s going to be tricky – about half of the IMO’s members didn’t sign up for the switch.

8. Who will suffer?
Potentially anyone who buys petroleum products – including cruise ships, trucking companies and automobile drivers. That’s because the extra demand for cleaner fuel from shippers could mean refiners may produce lower quantities of products such as jet fuel and gasoline. Some shippers contend that the new rules have the potential to upend world trade, since the cost of compliance will be high for many.