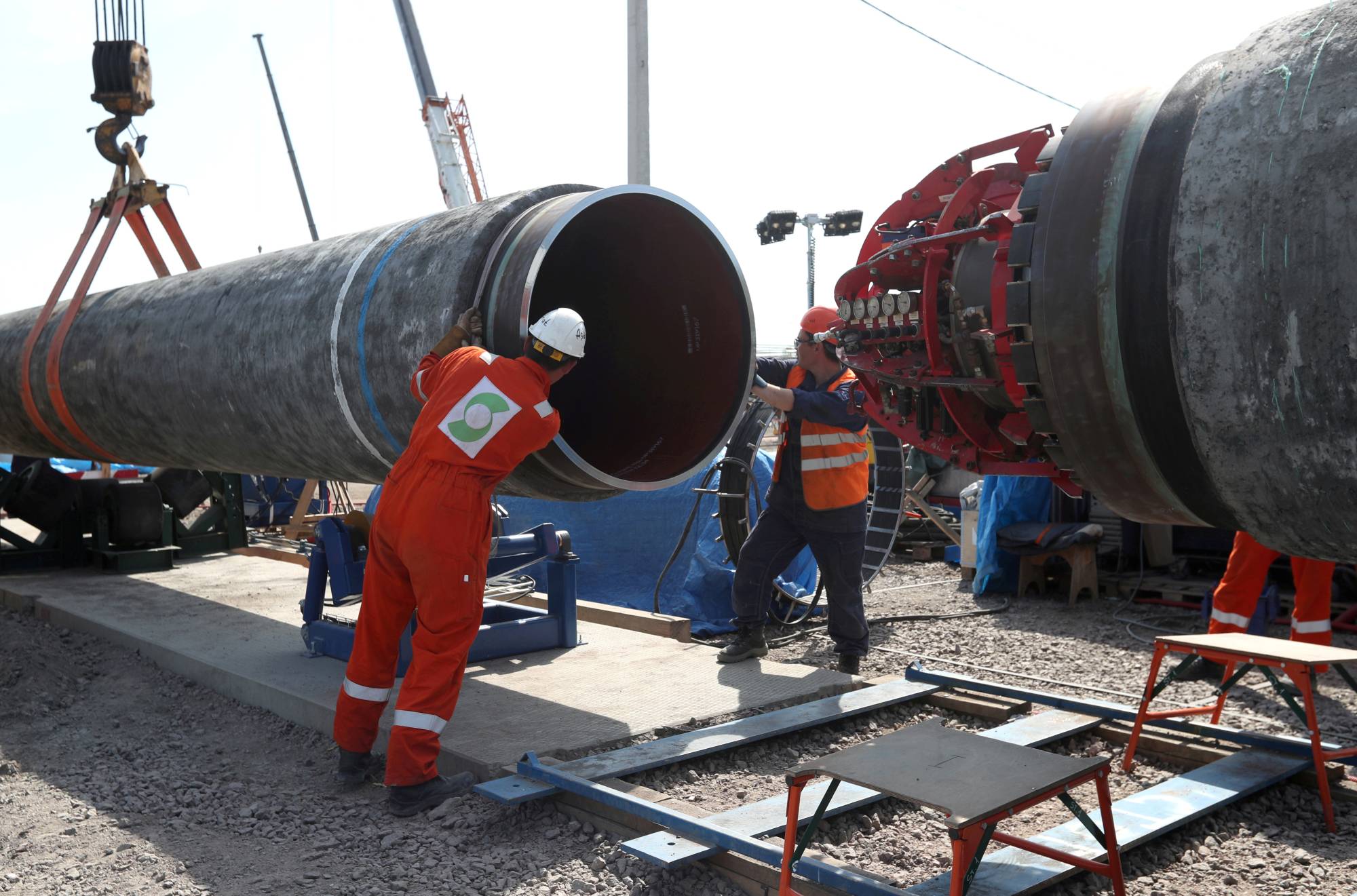 Although the Nord Stream 2 gas pipeline is only 100 miles from completion, the transformation of world energy markets since construction began implies that the project no longer makes economic sense. So why is German Chancellor Angela Merkel determined to see it through to the end?

HAMBURG – Nord Stream 2, the almost-finished pipeline running directly from Russia to Germany, is not really about securing cheap natural gas. It is about personal gain and these two countries’ national interest.

The pipeline across the Baltic has pitted the United States and the European Union against Germany, and a swelling chorus of domestic critics against Chancellor Angela Merkel. If it were just a matter of gas molecules, the project might never have seen the light of day. So, why did it?

Go back to 2005, when Gerhard Schröder and Russian President Vladimir Putin sealed the deal just before Schröder stepped down as chancellor. Shortly after handing power over to Merkel, the Russian energy giant Gazprom, essentially a Kremlin affiliate, named Schröder chairman of Nord Stream AG’s shareholders committee. In 2016, Schröder rose to the top of Nord Stream 2, with Gazprom the only shareholder.

Ever since, Schröder has been Putin’s tireless point man. Schöder never tires of repeating that he did it for the good of Germany, because it locked in energy security at decent prices.

In fact, Germany and Western Europe do not need Nord Stream 2. The oil price has more than halved since its 2008 peak. And with ever more new gas fields coming onstream, especially in the Mediterranean, not to mention North America, the price of gas has dropped by almost four-fifths over this period. Nor is the gas glut likely to be temporary, given ever more renewables surging into the market.

There are already 13 pipelines running from Russia to Europe, delivering some 250 billion cubic meters (m3) of gas. Nord Stream 2 will raise dependence on Russia, but much more is at stake, because the pipeline circumvents Ukraine and Poland. For Putin, Ukraine, a former Soviet republic, rightfully belongs to the rodina, the Motherland, and he has already grabbed two pieces: Crimea and the Donbas. Likewise, he believes that Poland, a former satrapy, should be part of Russia’s sphere of influence.

Nord Stream 2 enables Putin to weaken both countries by depriving them of transit fees and breaking Ukraine’s grip on the tap. In 2020, Ukraine earned $3 billion in fees from transporting some 50 billion m3 of gas. Nord Stream 2 could pump about the same amount of gas – a neat coincidence. Schröder’s Gazprom gambit would enable Putin to apply the screws to Ukraine (and Poland), at a time when the government in Kyiv is desperately trying to resist Russian pressure on Ukraine’s already-weak economy.

Schröder was not really thinking of Germany or Europe when he got his friend Putin to top up his modest chancellor’s pension of €93,000 ($113,000) per year. The real puzzle is Merkel. When former US President Donald Trump told her, “You’ve got to stop buying gas from Putin,” she did not budge. An unnamed German official vowed: “We will do anything it takes to complete this pipeline.”

Presumably, energy supplies are not uppermost in Merkel’s mind. This is not about the “low politics” of gas and cash, but the “high politics” of states seeking power and position. Regardless of how often Germans and Russians have been at each other’s throats, the enduring reflex goes back to Bismarck, who famously told the country in the middle: “Never cut the link to St. Petersburg.” In other words, keep the peace with the giant on Germany’s eastern flank.

Though now sheltered by NATO, the Federal Republic has been honoring Bismarck by practicing propitiation, or at least benevolent neutrality. With her fine sense for power, Merkel is not swooning over Russian gas, but sticking to a classic rule of German diplomacy.

Even during the Cold War, West Germany defied three American presidents – Nixon, Carter, and Reagan – by bartering steel pipes for Soviet energy. But what might have made economic sense during the global oil shocks of the 1970s now reflects only Bismarck’s admonition: Don’t rile the Russians.

Today, however, Merkel is acting on a new stage, and not only because of oversupply and dwindling demand as the industrial world shifts to solar, wind, and higher efficiency. Suddenly, Merkel is “home alone.” It is not just the US, Britain, and nervous East Europeans who want to reduce Nord Stream 2 to scrap. Even the French are turning against the deal.

In addition, Merkel faces unprecedented headwinds on her own turf. Even prominent fellow Christian Democrats and the pacifist-minded Greens have turned against Putin. So have parts of the liberal media, which usually zeroes in on imperial America.

Why? Two words: Alexei Navalny. Facing his most dangerous rival yet, Putin has overplayed his hand. The Kremlin’s attempted murder of Navalny, and now the longish prison sentence meted out to him, has rattled Germany’s political class. In democracies, moral revulsion beats Merkel-style realpolitik.

The wheeling and dealing has already begun. Germany is dangling some juicy carrots before Biden, promising to raise subsidies for the construction of German liquefied natural gas terminals that will take in American LNG. Germany also vows to work hard on new rules that would ensure the continued transit of gas through Ukraine. Poland will get funds for LNG terminals. There is talk that Germany would shut off Nord Stream 2 if Russia violated international law and human rights. Please, President Biden, just lift the sanctions.

A deal will be struck. But who will “negotiate” with the energy market? The court of supply and demand may issue this definitive verdict: no need for another pipeline. If so, Nord Stream 2 may just rot away underneath the Baltic – a monument to greed and folly.