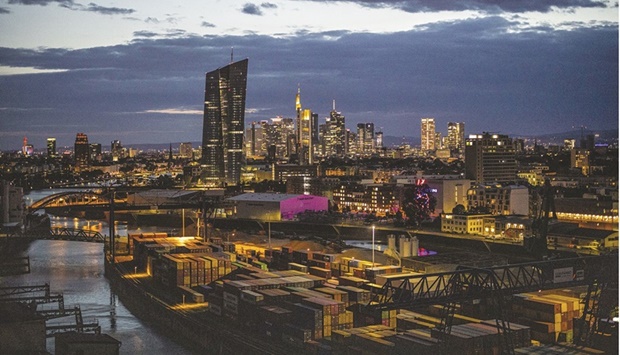 The German government yesterday unveiled a new multi-billion euro plan to help housesholds cope with soaring prices, and said it was eyeing windfall profits from energy companies to help fund the relief.
German businesses and consumers are feeling the pain from sky-high energy prices, as Europe’s biggest economy seeks to extricate itself from reliance from Russian supplies in the wake of Moscow’s invasion of Ukraine.
Rapid measures to prepare for the coming cold season will ensure that Germany would “get through this winter,” Chancellor Olaf Scholz said at the unveiling of the €65bn ($65bn) package.
The latest agreement, which brings total relief to almost €100bn since the start of the Ukraine war, was hammered out overnight into Sunday by Germany’s three-way ruling coalition of Scholz’s Social Democrats, the Greens, and the liberal FDP.
Among the headline measures are one-off payments to millions of vulnerable pensioners and a plan to skim off energy firms’ windfall profits. The government’s latest relief package came two days after Russian energy giant Gazprom said it would not restart gas deliveries via the Nord Stream 1 pipeline on Saturday as planned after a three-day maintenance.
The government had made “timely decisions” to avoid a winter crisis, Scholz said, including filling gas stores and restarting coal power plants. But preventative measures, including a drive to reduce consumption, have done little to break a sharp increase in household bills.
The latest announcement follows two previous relief packages totalling €30bn, which included a reduction in the tax on petrol and a popular heavily subsidised public transport ticket.
But with the expiration of many of those measures at the end of August and consumer prices soaring, the government has been under pressure to provide new support. Inflation rose again to 7.9% in August, after falling for two straight months thanks to previous government relief measures.
The take-off in energy prices is expected to push inflation in Germany to around 10% by the end of the year, its highest rate in decades. Scholz said however that not everyone is suffering from the high consumer prices.
Some energy companies which may not be using gas to generate electricity were “simply using the fact that the high price of gas determines the price of electricity and are therefore making a lot of money,” he said.
“We have therefore resolved to change the market organisation in such a way that these random profits no longer occur or that they are skimmed off.” The trimming of windfall profits would create “financial headroom that should be used specifically to relieve the burden for consumers in Europe,” the government said in its policy paper.
The move could potentially bring “double-digit billions” of euros in relief, finance minister Christian Lindner estimated in the press conference. The government said it would push for the move to be implemented across the European Union, before going ahead with the measure on its own.
Brussels on Monday said it would prepare “emergency” action to reform the electricity market and bring prices under control. Scholz said he expected the EU to “deal quickly” with the issue, adding that it was “very clear that we need rapid changes in this area”.
Repeating his mantra that Germans will “never walk alone” through the energy crisis, the chancellor unveiled a raft of measures, including a one-off payment of €300 to millions of pensioners to help them cover rising power bills.
The government will also target students with a smaller one-time transfer of €200, and an heating cost payment for people receiving housing benefits.
Berlin also set aside €1.5bn for work on a successor to the wildly popular nine-euro monthly ticket on local and regional transport networks. The relief package as a whole should be financed without planning to take on further debt, Lindner said.
“These measures are included within the government’s existing budget plans,” covering 2022 and 2023, he said, with the remainder covered by the windfall energy profit measures.