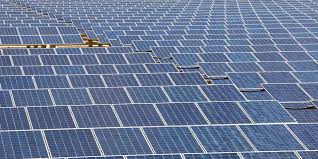 Solar customers increasingly want panels that capture energy from both their sunny and shady sides, as plummeting component prices finally allow such products to be cost-effective.

Panels that are bi-facial, as the technology is known, will probably become the industry standard, according to one of the world’s biggest solar manufacturers, LONGi Green Energy Technology Co. They already dominate in the Middle East and are making inroads in the U.S., Europe and elsewhere, according to another top maker.

The shift is being driven by ever-cheaper parts, which are making the products profitable even though adding solar glass on the underside of panels boosts power output by less than 10%, according to BloombergNEF. Bi-facials will likely make up 15% of the global market next year, up from 4% this year, BloombergNEF analyst Wang Xiaoting said Tuesday at the research firm’s annual summit in Shanghai.