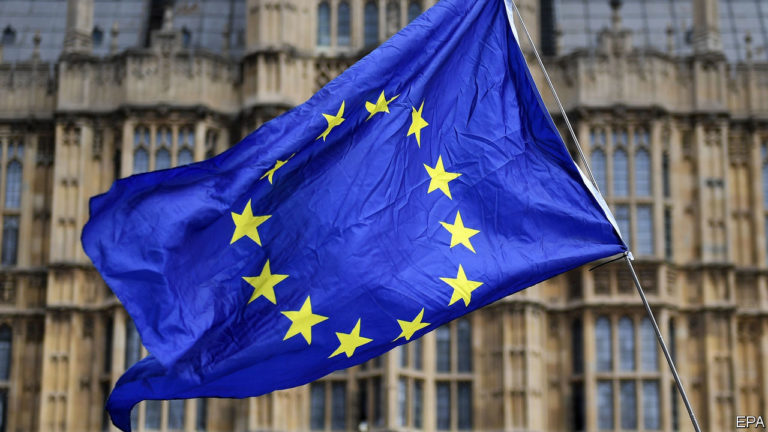 Time is running out for car makers in Europe. Just six months out from stiff new emissions rules, the industry is facing up to an estimated €34bn ($39bn) in penal- ties as well as eroding profits from selling more electric cars. Starting in 2020, car fleets in Europe will need to meet more stringent regulations on how much carbon dioxide they’re allowed to release. The industry is ill prepared for the looming change, and the huge fines pending for subverting the new rules could prompt some brands to abandon the European market and test the mettle of those that remain. The threat is part of a broader pileup: vehicle sales are falling in key markets around the world, and the US is exchang- ing blows on trade with China and the European Union, threatening to raise costs and rattle the global economy. Worse yet, automakers have been unable to pry buyers from the highest-emission cars, such as the Mercedes-AMG GLE 63 S sport utility vehicle that spouts more than three times the car maker’s targeted CO2 fleet level from 2020. “In an industry that is already suff ering from global trade issues, from Brexit, from peaking sales, that’s a very, very danger- ous cocktail,” Evercore IS auto analyst Arndt Ellinghorst said on a call earlier this month regarding the EU emissions issue.

Fines could mount to €34bn through 2021, according to research firm Jato Dynamics, whose projection tracks with other indus- try estimates. While the new regulations are expected to be painful for the industry to adjust to, past precedent suggests the EU is unlikely to allow Europe-based carmakers to be driven to ruin. Volkswagen AG, the world’s biggest car- maker, faces the largest penalty at about €9bn based on 2018 reported emissions, followed by Peugeot maker PSA Group and Fiat Chrysler Automobiles NV — the company with the single largest gap between actual performance and the new targets. BMW AGand Daimler AG could see earnings drop sharply due to their heavy reliance on high-emission SUVs. Toyota Motor Corp, maker of the Prius and several other hybrids, was the only automaker to see its emissions fall last year in Europe, according to Jato. While its calculation doesn’t take into account a blitz of upcoming electric models like Volkswa- gen’s ID.3 hatchback and Porsche Taycan, European Environment Agency data show emissions rising — not falling — for the past two years to a four-year high in 2018. Fumes are emitted from the exhaust pipe of an Audi in London. A Volkswagen spokesman reiterated recent comments by off icials including chief executive of- ficer Herbert Diess that it’s the company’s goal to meet European emission limits. A spokesman for BMW said paying fines wasn’t a strategic option, and the company on Tuesday brought forward its planned rollout of electric cars by two years. Daim- ler said its plan to reach the targets also depended on customer decisions. “It’s not quite an existential problem yet, but there are going to be questions of how do you explain to shareholders that I’m losing so much money, and it’s going to create immense pressure,” Michael Schweikl, managing consultant responsi- ble for automotive at PA Consulting Group, said in an interview. Starting January 1, all but 5% of the EU’s car fleet can emit no more than 95 grams of carbon dioxide per kilometre driven. One year later, no new vehicle can exceed that level.

Fines of 95 euros per gram for each car over the target will add up quickly, driving automakers to speed up the electrification of their lineups by of- fering more gasoline-electric hybrids and cars fully powered by batteries. “I have never seen such a material event risk in my career,” Evercore’s Ellinghorst warned in a research note to clients last month under the subject line “The 2020 CO2 cliff .” Automakers aren’t panicking — yet. PSA expects to be compliant from day one and won’t pay any fines, a spokesman said. However, in 2018, sales of EVs and hybrid vehicles accounted for less than 1% of PSA’s registered sales. The quandary on CO2 doesn’t end there, because in addition to being less popular, low-emission cars are much less profitable than the rest of automakers’ fleets. At Volkswagen, less than 1% of sales were plug-ins or battery cars last year, and about 6% at BMW. An analysis by UBS last year estimated Ebit margins on Tesla Inc’s Model 3 sedan were, at best, half those of BMW’s gasoline-powered 330i model.

The push for electrification in Europe means selling mass-market vehicles there will be unprofitable “for a decade or two,” John Murphy, an auto analyst for Bank of America Merrill Lynch, said during a presentation this month in Detroit. The 2020 limits were agreed to in 2014 after years of back-and-forth on balanc- ing a reduction in emissions while not costing carmakers too much. What no one foresaw was the extent of consumers’ love aff air with gas-guzzling SUVs and Volkswa- gen’s diesel-emissions cheating scandal that surfaced the following year. Diesels, which emit about a fifth less CO2 than equivalent gasoline cars, were a key plank in carmakers meeting the tighter regulation. But some European cities have started to ban diesels, leaving the cars to languish on dealer lots. “The top automakers will face trouble as none of them are currently on track to meet the target,” Jato Dynamics said in an April blog post. “The incoming CO2 targets can be seen as the apocalypse of the car industry in Europe.” The new rules may prompt some brands without a strong presence in Europe to abandon the market altogether, said Ellinghorst, though he declined to specify which might do so. General Motors Co already eff ectively withdrew in 2017 when it sold the Opel brand to PSA. Companies without fully-electric vehicles in Europe such as Ford Motor Co and Japan’s Mazda Motor Corp face steep challenges. Honda Motor Co does too, but it plans to launch a small battery-electric model later this year. Ford said in a statement it expects to meet the 2020-2021 targets, but that its longer- term strategy in Europe through 2030 “assumes a strong uptake of electrified vehicles” by consumers. Representatives for Mazda had no immediate comment. If the industry fails to clear the new bar set by regulators, it won’t be the first time.

When many automakers missed the boat on the switch to new emissions testing in September, it was nearly enough to send Europe’s largest economy into recession. Employees work on BMW i3 electric cars on the assembly line at a factory in Leip- zig, Germany. Simply selling more small cars won’t help, as even the most fuel-eff icient gas-pow- ered vehicles also face tougher mandates. Carmakers aren’t likely to be able to pass along the added costs for equipping those cars with cleaner technology, Bernstein analyst Max Warburton wrote in a recent report. He said that may lead to “the death of the small car” in Europe. The regulations do allow for some creative ways to lower average fleet emissions and mitigate penalties, at least during a phase- in period. Cars that emit less than 50 grams CO2 per kilometre will count for two cars in 2020, and slightly less each year after. Fiat Chrysler has also made use of the op- tion to pool fleets of high-emission autos with low- or zero-polluting cars, pairing up with Tesla Inc in a deal that likely will involve paying the US company several hundred million dollars. Mazda and Toyota are also forming a pool. “I think that 2020 is doable. The concern is about customer acceptance for new technology,” said Antonio Massacesi, head of fuel economy and greenhouse gas compliance for Fiat Chrysler’s European business. “That risk is one of the reasons why we decided to enter into a pool with Tesla.”