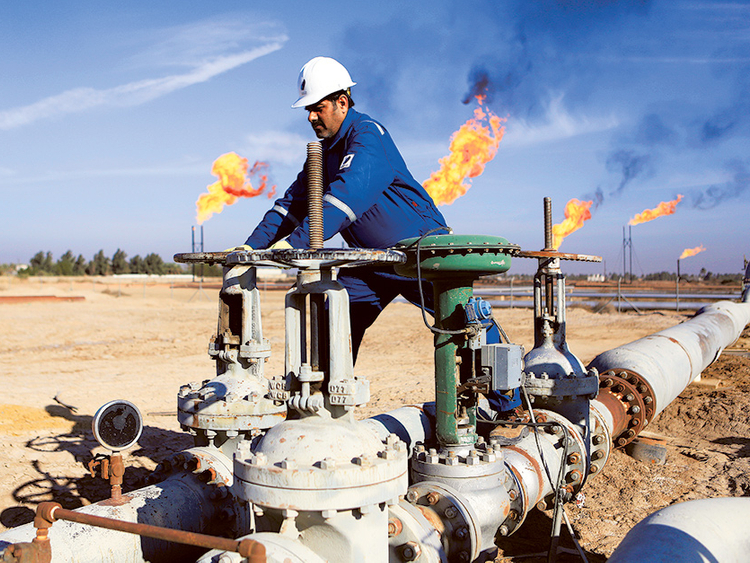 China set to bail out Iraq with multibillion-dollar oil deal

Baghdad: Iraq is poised to sign a multibillion-dollar contract with China ZhenHua Oil Co., a bailout from Beijing for the cash-strapped government which will receive money upfront in exchange for long-term oil supplies.

The deal is the latest example of China, via state-controlled trading companies and banks, lending to struggling oil producers such as Angola, Venezuela and Ecuador, with repayment in the form of oil barrels rather than cash. This year’s crash in oil prices has hammered Iraq’s budget and the government has failed to pay teachers and civil servants on time.

The Iraqi agency in charge of petroleum exports, SOMO, picked ZhenHua after asking oil traders for bids, according to people familiar with the matter. Cabinet spokesman Hassan Nadhim said on Tuesday there had been “several offers” and they were being studied before Prime Minister Mustafa Al-Kadhimi makes the final decision.

Under the terms of a letter SOMO sent last month, the winning bidder will buy 4 million barrels a month, or about 130,000 a day. They will pay upfront for one year of supply, which at current prices would bring in more than $2 billion, according to Bloomberg calculations. The deal runs for five years – but the upfront payment is only for one year.

The deal attracted widespread interest among major oil traders, according to the people. The deadline for the tender was extended from late November to allow companies more time to bid.

ZhenHua Oil didn’t reply to an email seeking comment that was sent to its headquarters in Beijing after normal business hours on Tuesday.

All major producers have taken a hit from oil’s coronavirus-triggered plunge. But Iraq, where crude accounts for almost all government revenue, is in a worse position than most. Its economy will contract 12% this year, more than that of any other OPEC member under a production quota, according to International Monetary Fund forecasts.

Thousands of Iraqis have taken to the streets in recent months to protest about worsening living conditions. The government has struggled to fulfil its commitments to the Organization of Petroleum Exporting Countries, which agreed at the height of the pandemic in April to cut output. Baghdad has pumped above its cap on several occasions, angering OPEC’s de facto leader Saudi Arabia.

Energy-rich nations short on revenue have often relied on pre-payment deals to raise money, but Baghdad hasn’t done so until now. The semi-autonomous Kurdistan Regional Government in northern Iraq has used similar contracts in the past, as have Chad and the Republic of Congo.

In a pre-payment deal, the oil buyer effectively becomes a lender to the country. The barrels are security for the loan.

Iraq’s woes make it harder for the government to raise money more conventionally, such as through the bond market. The country’s dollar yields average 7.5%, one of the highest levels for any sovereign. Goldman Sachs Group Inc. said this week that Iraq was among the most vulnerable bond issuers heading into 2021.

The pre-payment part of Iraq’s contract is one of the largest in recent history, although less than the record $10 billion that Russia’s state-run Rosneft raised in 2013 from trading houses Vitol Group and Glencore Plc.

Besides its size, the Iraqi deal is rare because it allows the winner to ship crude to wherever it wishes for a year. Normally, Middle Eastern crude is sold with strict clauses preventing traders and refiners from re-selling the barrels to different regions.

The exclusion of that clause was probably seen as advantageous enough to compensate for the fact the pre-payment money is effectively interest-free for Iraq. A country usually pays a yield for the cash it receives upfront.

ZhenHua produces and trades oil. The company has played a large role in Beijing’s so-called “going global” policy for energy. It has invested in oil concessions in the United Arab Emirates, Kazakhstan and Myanmar, and trades crude originating from the likes of Kuwait, Brazil and the Republic of Congo.

The company was founded in 2003 as a subsidiary of the largest Chinese state-owned defense contractor, known as Norinco. According to its website, ZhenHua trades about 1.3 million barrels a day of oil and finished products.

Other major Chinese traders include Unipec, Chinaoil and Sinochem. Shrouded in relative secrecy in the past, these state companies are gaining prominence as China’s oil consumption rises. It’s set to soon overtake the U.S. as the world’s largest crude importer.

ZhenHua, meaning “Revitalize China” in Mandarin, started a joint-venture with SOMO to market barrels into China in 2018, though it was later scrapped.