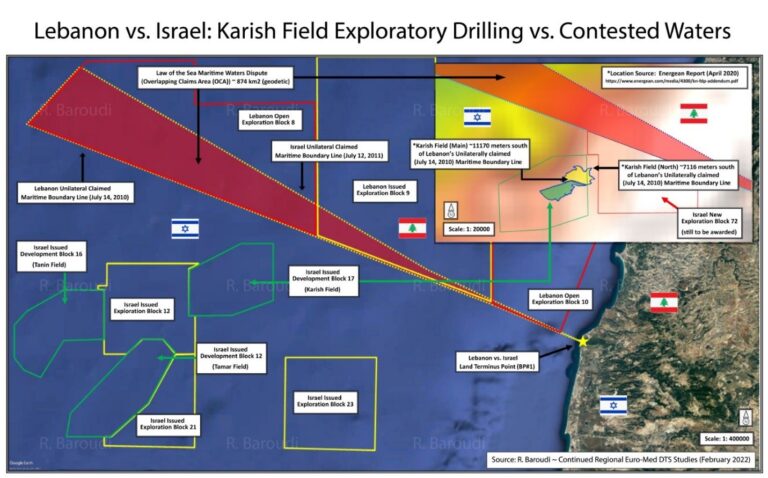 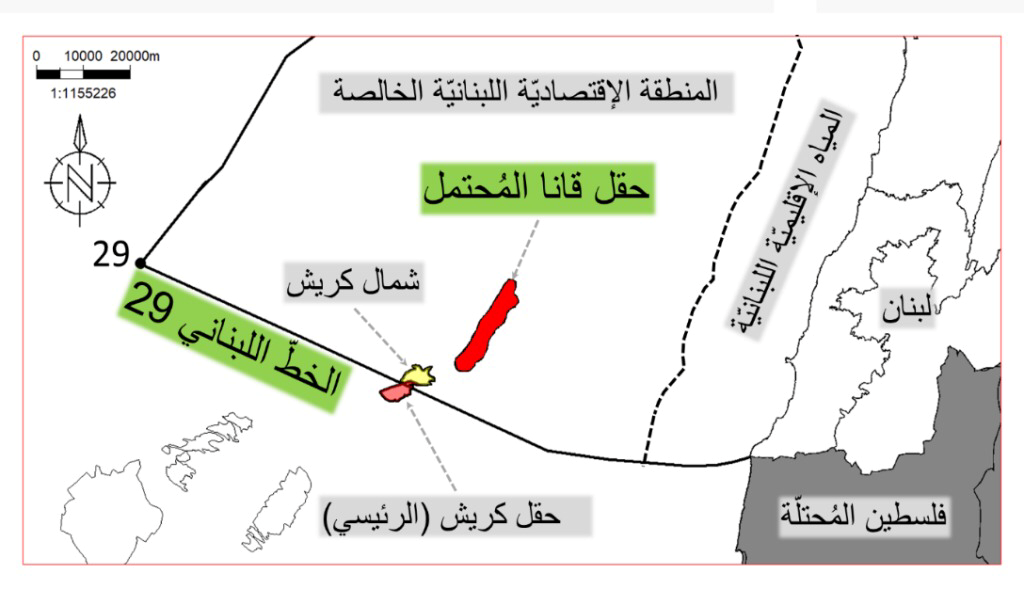 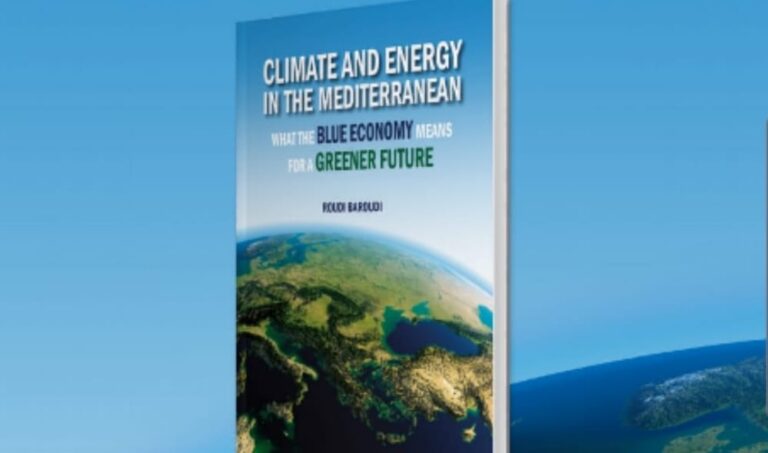 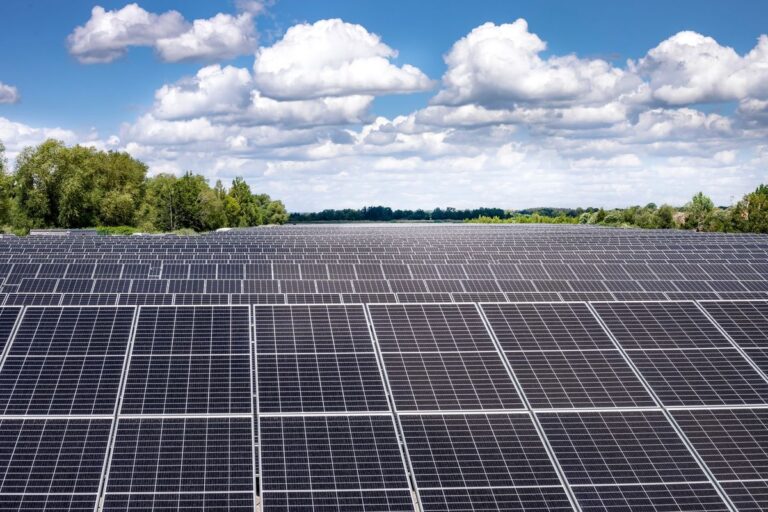 European Central Bank chief Christine Lagarde warned yesterday that the pandemic still poses “serious risks” to the eurozone economy as concerns grow about new virus variants and sluggish vaccination campaigns.
The Frankfurt institution’s governing council held back from tweaking its ultra-loose monetary policy at its first meeting of the year, having already topped up up support in December.
Lagarde stressed that “ample monetary stimulus” remained essential to steer the 19-nation currency club through the Covid-19 upheaval, and that the ECB stood ready to do more as needed.
“The pandemic continues to pose serious risks to public health and to the euro area and global economies,” Lagarde told an online press conference.
The start of mass vaccination drives in the European Union was “an important milestone”, she said, but the rollout has got off to a bumpy start in many nations.
The emergence of more contagious virus variants, first discovered in Britain and South Africa, has added to nervousness at a time when many countries are already struggling to bring down infection numbers.
Europe’s top economy Germany this week extended its partial lockdown until February 14, and Chancellor Angela Merkel has not ruled out border checks to slow the spread of the new strains.
France and Spain have tightened their evening curfews, while non-essential shops and leisure facilities are closed across much of the continent.
The latest virus setbacks “are disrupting economic activity,” Lagarde said, noting that the services sector was hit especially hard.
“The intensification of pandemic poses some downside risks to the short-term economic outlook,” she added.
The ECB in December forecast 3.9% growth for 2021, after an estimated contraction of 7.3% in 2020.
Lagarde said the ECB’s forecasts “remain valid” for now, as they took into account lockdowns persisting through the first quarter coupled with a gradual start to vaccinations.
The former French finance minister also reiterated her plea for European governments to support the ECB’s efforts through fiscal policy.
She urged European Union members to speed up the ratification of a recently agreed €750bn recovery fund, saying it had a “key role” to play in financing the region’s bounce-back.
Under Lagarde, the ECB took unprecedented steps last year to cushion the impact of Covid-19 on the euro economy.
Its biggest weapon is a pandemic emergency bond-buying scheme, known as PEPP, that was in December topped up by €500bn to reach a total envelope of €1.85tn.
The scheme was also extended to March 2022.
The bank has also offered ultra-cheap bank loans and held interest rates at historic lows.
The goal of the measures is to keep borrowing costs low to encourage spending and investment in the 19-nation currency club, in a bid to boost growth and inflation.
But eurozone inflation has stayed stubbornly low for years and even turned negative in 2020.
By the ECB’s own estimates, price growth will gradually inch up to 1.4% by 2023, still far off the bank’s target of just under 2%.
In December, inflation stood at minus 0.3%.
Analysts say inflation could bound higher later this year, powered by pent-up consumer demand once lockdowns start easing.
But any boost is expected to be short-lived, they caution.
Lagarde agreed that inflation was “likely to increase in the coming months”, partly also due to the end of a temporary sales tax cut in Germany from January.
But she said “underlying price pressures are expected to remain subdued due to low demand in tourism and travel sectors, and the appreciation of the euro against the dollar.”
The euro has risen by more than 10% against the greenback since late February, complicating ECB efforts to push up inflation.
A stronger euro makes imports cheaper, keeping a lid on consumer prices, while exports become less competitive, hurting growth prospects.
Lagarde said the governing council was monitoring exchange rates “very carefully”. For now, the ECB “remains happy at the sidelines and has kept all options open,” said ING bank economist Carsten Brzeski.
“In the absence of any severe economic accident, the ECB is likely to stick to this line at least until late summer,” he added. 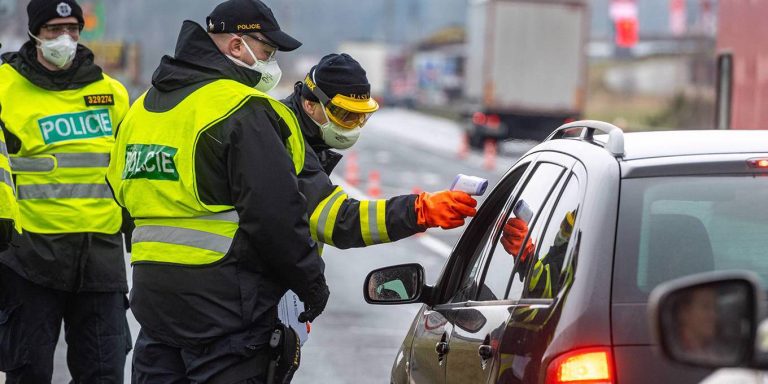 How Europe Should Manage the Coronavirus-Induced Crisis

either interest-rate cuts nor new government spending would do much to offset the short-term effects of COVID-19 in Europe. Central banks and government authorities should explain this to the public, and then focus their attention on the less glamorous work of safeguarding public health, household incomes, and the financial system.

BRUSSELS – The spread of the COVID-19 coronavirus across Europe and the United States has led to a sharp financial-market correction and prompted calls for active monetary and fiscal policy to prevent a recession. But a closer look suggests that such an approach might not help much at all.

The COVID-19 epidemic is marked by uncertainty. Technically, it does not represent a “black swan” event, because there have been other pandemics before. But it was, until a few months ago, unforeseeable, at least in specific terms. And it will have a long-lasting impact even if its precise evolution cannot be predicted today.

For now, it seems that the virus is moving westward. In China, where the virus emerged, infections are declining after the authorities implemented radical measures – including lockdowns that brought the economy to a standstill for over two weeks. Although it is too early to tell whether the virus has really been contained, economic life now seems to be normalizing gradually, implying that the “China shock” may be unwinding.

In the US and Europe, by contrast, the shock seems to be just beginning, with a fast-growing number of new infections raising the specter of severe economic disruption. This risk is particularly pronounced in the eurozone, which may not be able to weather a severe downturn without spiraling into crisis.

To be sure, the epidemic’s direct fiscal consequences seem manageable. Even Italy, which is currently suffering the most, could increase public spending for virus-containment measures without violating EU fiscal rules.

If these costs spiral – as seems likely, now that a quarter of the country, accounting for most industrial and financial activity, is under lockdown – the European Union should be able to offer support to Italy beyond allowing the government to run a larger deficit. Article 122.2 of the Treaty on the Functioning of the EU allows the European Council to grant financial assistance to a member state facing “severe difficulties” caused by “exceptional occurrences beyond its control.” This procedure should be activated now.

In any case, COVID-19’s trajectory suggests that it will likely spread farther, forcing other EU member states to adopt public-health measures at the expense of economic activity, particularly in important sectors such as travel and tourism. Moreover, supply chains will be impaired, not only by the temporary shutdown of the Chinese export machine, but also by disruptions within Europe. Neither interest-rate cuts nor new government expenditures would do much to offset the short-term effects of such shocks.

The more serious problems are likely to emerge from the financial system. While many firms can slash production quickly, running a business in “disaster recovery mode” still costs money, and debt still comes due. In Europe, where labor costs cannot be cut in the short run, the challenges this raises could be particularly serious.

Fortunately, most EU members have some system in place under which the government covers the wages of workers who become temporarily redundant for reasons outside of their employers’ control. These mechanisms, which would sustain personal incomes during the crisis, are the main reason why a long-lasting drop in consumption is unlikely. Once the virus is contained, European consumers will have little reason not to spend as much as before.

Yet two other possible developments could tip the eurozone into recession. The first is a sharp slowdown of global trade, which the EU has little power to counter. The second is a collapse in investment, which the EU can and should work to prevent.

The last eurozone crisis demonstrated that investment collapses when the financial system stops functioning. In market-based systems, like that of the US, this is a question of risk premia and plain access to credit, which policymakers can hardly influence. For Europe, with its bank-centric financial system, the key to weathering the COVID-19 crisis is thus to keep the banking sector healthy.

For that, a calibrated supervisory response is essential. The shift of banking supervision to the European Central Bank has led to more rigorous and selective credit policies by commercial banks. While this has reduced banking risks, applying tough lending standards at a time of severe economic stress caused by public-health measures could punish otherwise creditworthy firms that are facing temporary losses.

Italy’s government is providing direct financial support to companies directly affected by the lockdowns. But if the crisis spreads, the number of sectors that are affected (often indirectly) will increase. Governments cannot provide financial support to all of them. Banks can do much more, but only if they are willing to overlook bad financials. Supervisors should allow – and even encourage – such an approach.

A forbearance-based approach – together with the “automatic” fiscal stabilizers built into Europe’s social-security systems – would do far more to mitigate the risk of crisis than microscopic interest-rate cuts.

Additional fiscal stimulus, meanwhile, would be needed only in the unlikely event that the economic disruption is followed by a period of depressed demand. The eurozone’s fiscal rules pose no obstacle to such a policy mix, because they are flexible enough to permit temporary deficits that result from lower tax revenues, or fiscal support to sectors hit hard by exceptional circumstances. Nonetheless, the COVID-19 epidemic should serve as a reminder of the value of maintaining prudent fiscal policy during normal times. Countries with lower deficits and debts are in a much stronger position to respond to the COVID-19 shock than those, like Italy and France, that have not created fiscal space.

In the face of a severe shock, public authorities must act – and be seen acting. But, in this case, the usual macroeconomic instruments are unlikely to work. Central banks and government authorities should explain this to the public, and then focus their attention on the less glamorous work of safeguarding public health, household incomes, and the financial system.