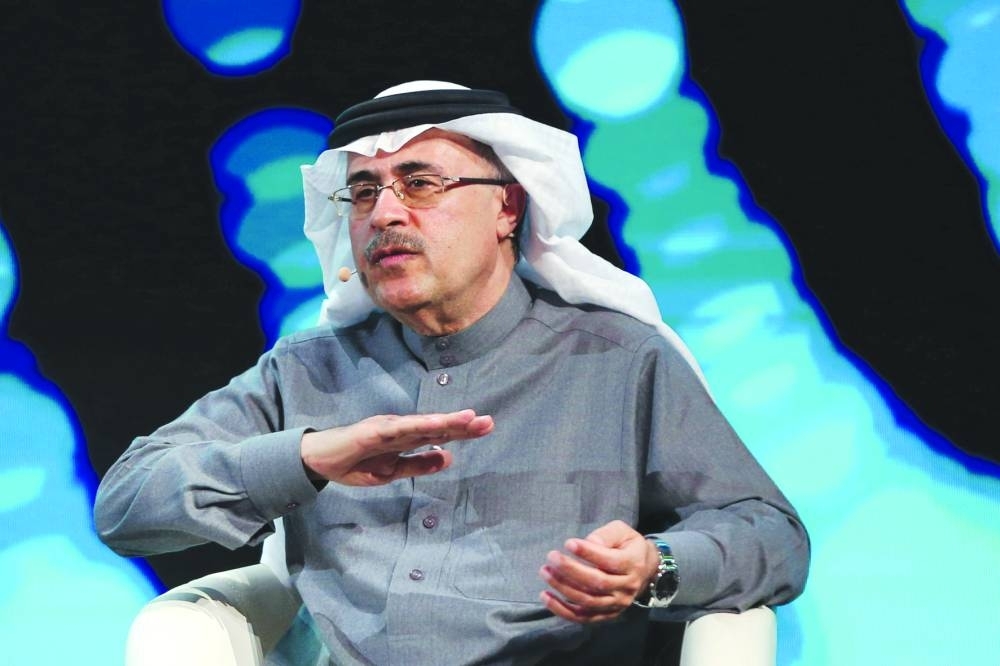 The world’s biggest oil company is confident demand will pick up strongly this year as China reopens its economy and the aviation market recovers.
“We are very optimistic in terms of demand coming back to the market,” Saudi Aramco’s chief executive officer, Amin Nasser, said in an interview. “We are starting to see good signs coming out of China. Hopefully, in the next couple of months, we’ll see more of a pickup in the economy there.”
Demand for jet fuel is now around 1mn barrels a day below pre-pandemic levels, according to Nasser, roughly half the figure from a year ago. “It’s picking up,” he said at the World Economic Forum in Davos.
Oil prices whipsawed in 2022. Brent crude surged to almost $130 a barrel in the wake of Russia’s attack on Ukraine, but slumped in recent months as the Chinese, US and European economies slowed. It’s trading at about $86.80 a barrel, up 1% since the end of December.
Many Wall Street banks, including Goldman Sachs Group Inc, expect it to climb above $100 a barrel in the second half of the year. They cite a global economic rebound by that time, low fuel stockpiles in nations such as the US and the potential for Russian exports to drop as the west tightens sanctions.
Nasser reiterated that companies need to invest more in oil production. Idle capacity stands at 2mn barrels a day, barely above total demand of 100mn barrels, and will probably drop as China ends its coronavirus lockdowns, he said.
The world needs 4-6mn barrels a day of new production just to make up for the natural decline in existing fields, according to the CEO.
“We’re moving into the situation where we’re eroding spare capacity and any supply interruptions will have a huge impact,” he said.
“We will be in a situation similar to natural gas,” he said, referring to how prices for the fuel jumped to the equivalent of $250 a barrel after Russia’s invasion.
The Saudi Arabian state-controlled company sees oil demand continuing to grow for the rest of the decade, even as electric vehicles become more popular and investors pour money into renewable energy.
“It’s offsetting some of the demand” for oil, said the CEO. Still, crude consumption will “definitely” be higher in 2030.
The increasing use of petrochemicals — feedstocks for everything from plastics to fertilisers and clothes — is positive for Aramco, he said.
The company wants to convert 4mn barrels a day of crude into petrochemicals by the end of the decade. It’s looking at more investments in Chinese refineries and liquid-to-chemical plants as part of that push, said Nasser.
“We’re in serious discussions with so many entities” in China, he said.
Last year, Aramco and its chemicals subsidiary, Sabic, said they were planning to build a 320,000 barrels-per-day refinery at Gulei, a coastal Chinese town.
Aramco is also investing billions of dollars in hydrogen, a fuel seen as crucial to the transition to cleaner forms of energy. The Saudi firm aims to export blue hydrogen, made by converting natural gas and capturing the carbon dioxide emitted in the process, on a large scale from about 2030.
Talks with potential importers in Japan and South Korea are progressing, though they’ll probably need to get assurances of financial support from their governments before they sign any supply contracts, Nasser said.
“They think they’ll be able to do it in 2023,” he said. “We’ll see.”
Blue hydrogen may end up costing the equivalent of around $250 a barrel of oil, Nasser said, though Aramco won’t know until it’s done more research.
“It’s not going to be $80 or $100” a barrel, he said. “This is cleaner — it costs more.”
Negotiations with European firms are proving tougher, primarily because they want to wait for technological advances to bring down the price of blue hydrogen.