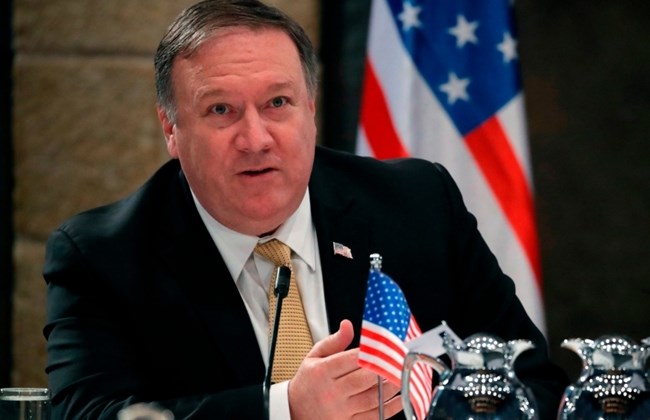 RE: Your Visit to Lebanon – Energy Diplomacy

Your visit to Lebanon comes at a moment of both rare opportunity and significant peril for this part of the world. I note this not only as a citizen of Lebanon, but also as a resident of the long-troubled Euro-Mediterranean region, and my purpose is to avert a new round of instability for my country and its neighbors.

Multiple world-class hydrocarbon deposits have now been discovered beneath the Eastern Mediterranean Sea, offering a historic chance to upgrade the regional economy, reduce or eliminate poverty, calm regional tensions, improve security and increase international cooperation. Unfortunately, development of these resources is being delayed because so few states have agreed to maritime borders with their neighbors. Setting aside the fate of Palestine, there are 12 “Frontier” boundaries among the seven main coastal states – Greece, Turkey, Cyprus, Syria, Lebanon, Israel and Egypt – and only two (17 percent) have been settled by bilateral treaties meeting current Law of the Sea standards. In a region containing more than $1 trillion worth of oil and gas, therefore, 83 percent of the maritime borders remain unresolved, posing significant risks to development in several countries – including Lebanon.

With so much of the region facing severe economic problems, the need to expedite development and the ensuing revenues could not be more urgent. Luckily, however, modern mapping technologies now make it possible for LOS applications to settle all such offshore disputes peacefully, and to do so with both relative ease and near-absolute accuracy.

These solutions are exceedingly relevant to your visit. Your meetings here will deal with multiple topics and the linkages among them, but the most portentous is the perennial U.S. project to foster agreement on maritime boundaries in the Eastern Med, in particular that between Lebanon’s Exclusive Economic Zone and Israel’s. This is the single area in which U.S. policy has the greatest capacity to effect positive changes – but also the greatest potential for unintended consequences.

Lebanon was one of 50 founding signatories to the United Nations Charter in 1945. Ever since, Lebanese foreign policy has been seated in the Charter’s terms, chief among them the obligation to always seek peaceful resolutions of international disputes. That commitment remains very much intact, and this despite the difficult circumstances that Lebanon has long faced as a front-line state in the Arab-Israeli conflict.

Despite – and at least partly because of – their country’s difficult location and flawed system of government, the Lebanese exhibit tremendous powers of resilience and an uncanny ability to reinvent themselves. Whatever the crisis, the people of this country are highly adept at making the necessary adjustments. But this cycle cannot continue indefinitely, especially when the national debt is equivalent to more than 150 percent of GDP. Indeed, at a recent aid conference in Paris, donor countries made it clear that their pledges will not materialize unless and until Lebanon implements sweeping reforms, serious anti-corruption measures, and other meaningful steps to get its financial house in order.

Notwithstanding these and other challenges, we may be on the cusp of a prosperous new era. I refer, of course, to the potentially large quantities of offshore hydrocarbons that Lebanon hopes to start tapping in the coming years. If and when production starts, the impacts will be nothing short of game-changing. Just producing natural gas for its own consumption would allow Lebanon’s most important power stations to stop running on the fuel oil and gasoil that increase operating costs, burn dirtier, and wear down generating equipment.

Based on what I’ve learned from 40-plus years in the energy business, that would just be the beginning because Lebanon also stands to become an energy exporter, opening up substantial new revenues. First, the state would be able to slash deficit spending, borrow at lower rates, and start retiring its debt stock. Next, the government would have the wherewithal to make unprecedented investments in roads, schools, hospitals, and other essential infrastructure. Coupled with the direct and indirect opportunities generated by the emerging energy sector, this would have an immediate and prolonged stimulus effect, leading to tens or even hundreds of thousands of well-paying jobs. It would also make the entire economy more competitive, provide our youth with the education they need to thrive in the 21st century, and give all Lebanese access to quality health care. If wisely managed, gas revenues also could eradicate the poverty and accompanying social inequalities that provide terrorist groups with such fertile recruiting grounds.

I have no doubt that we Lebanese can make our country work, but we need to make difficult choices and craft workable solutions on our own, not implement those demanded by a foreign power – ANY foreign power, no matter how well-intentioned. In fact, many of our current problems stem precisely from decisions that were made in haste, under outside pressure, and/or without sufficient domestic consensus. Nonetheless, many Lebanese are grateful for the US role in mediating the EEZ issue with Israel; on the other hand, many others suspect that Washington’s purpose is not to facilitate a fair deal, but rather to impose a lopsided one that favors Israel. Any Lebanese government that signs such a deal will face a significant loss in perceived legitimacy, a significant rise in domestic opposition, multiple resignations by key Cabinet ministers, and possibly the end of its ability to govern.

There are plenty of hydrocarbons in the Levant Basin for all rightful claimants to receive what is rightfully theirs, and no Lebanese is asking for special favors, just fair and equal treatment. The facts of Lebanon’s EEZ case are immutable, starting with the correct location of the land border at Ras Naqoura, which was established under the 1949 Armistice Agreement and can now be precisely situated by precision mapping techniques. All else flows from that, and in any judicial proceedings, each scientific element is weighed against a common set of LOS rules, which derive primarily from three sources: 1) the 1982 U.N. Convention on the Law of the Sea (UNCLOS), a project originally conceived by then-U.S. President Truman and now adopted by 168 countries as the basis for the only global LOS rulebook; 2) the principles and procedures laid down in UNCLOS and subsequent amendments; and 3) the precedents established by UNCLOS’ court, the International Tribunal for the Law of the Sea (ITLOS), and other relevant legal proceedings. By all objective observation, technological advances have reached the point where their effect is decisive. In fact, all 13 of the most recent court cases have been adjudicated primarily on the basis of precision mapping.

Based on the rules and the science, then, there can be little doubt about what a verdict in this case would mean: Lebanon would be awarded most of the 881 square kilometers in dispute. So should it be in any out-of-court settlement. We know this because whether delineation is determined inside or outside a courtroom, the same rules apply and the same science drives the outcome: the lines are drawn according to science in the form of the best available maps (which can now be ordered up and received within five business days at most) of the two states’ coastal zones. In fact, by some reckonings, preparing an LOS case is now 80 percent scientific work and only 20 percent legal procedure. Crucially, too, Israel has accepted the applicability of the LOS rules by having agreed to them as the basis for its 2010 EEZ treaty with Cyprus.

Of course, you know the complications: Israel is not a signatory to UNCLOS, so an ITLOS verdict is impossible, and Lebanon does not recognize Israel, so bilateral negotiations are out. Hence the need for outside mediation, and hence the constructive and perhaps indispensable role of the United States, depending on what role it decides to play. If America acts as an arbiter, the end-result cannot be in doubt because it will be based on science and the LOS rules. Such an exercise of fair play could give the entire region a chance to defuse tensions and change direction – and help achieve U.S. goals for the region in terms of security and cooperation. On the other hand, should the United States decide to act primarily as Israel’s advocate, it will not be possible for the Lebanese government to accept any proposal that strays materially from the rules and the science.

Since we already know the destination, and that it would benefit both parties, why not take the shortest and surest route? Advise the Israelis to accept a fair EEZ arrangement in a timely fashion, make sure they (and we) honor both the letter and the spirit of that arrangement, and convince them to stop threatening the Lebanese with war. Then watch a shared financial incentive for calm work its magic. The resulting drop in tensions would surely abet another U.S. goal by reducing the threat of trouble at the border, and the longer the Israelis refrained from provocations, the less incentive – and less support – any other actor would have to rock the boat. And were the United States to broker a balanced solution here, it would strengthen its ability to mediate among other nearby states – especially Cyprus, Greece, and Turkey – and therefore have a stabilizing effect on the entire region.

I, for one, hope that the United States, partly in concert with other actors like the U.N., will continue to use its good offices to help resolve the EEZ matter as equitably as possible. I also hope that progress in this effort will open the way for meaningful internal dialogues, too, about far-reaching reforms on the political and economic levels. In short, Mr. Secretary, we Lebanese need to get real, and the United States can help us do that – but only if it means to help Lebanon, not just Israel, and all Lebanese, not just some of us.