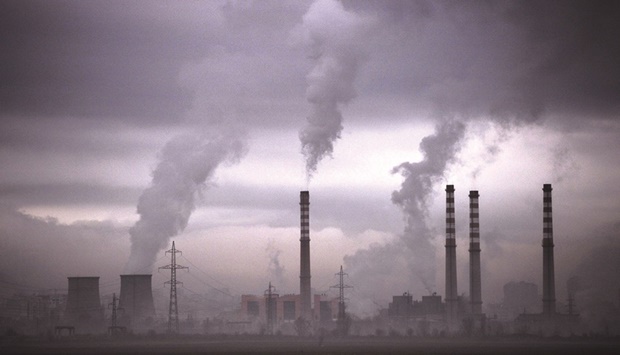 Russia’s war on Ukraine has sent shockwaves around the world. Oil prices have skyrocketed and food prices have soared, causing political instability. The last time food prices were this volatile, riots erupted across the Arab world and from Burkina Faso to Bangladesh. This time, the energy and food shock is happening against the backdrop of the Covid-19 pandemic. When will the shocks end?

They won’t. So, we can choose either resignation and despair, or a policy agenda to build social and political resilience against future shocks. Those are our options, and we had better start taking them seriously, because the shocks are likely to get worse. On top of geopolitical crises, the climate emergency will bring even greater disruptions, including ferocious floods, mega-droughts, and possibly even a simultaneous crop failure in key grain-producing regions worldwide. It is worth noting that India, the world’s second-largest wheat producer, recently banned exports as part of its response to a devastating heatwave this spring.
But here’s the thing: reducing vulnerability to shocks, for example, by embarking on energy and food revolutions, will also be disruptive. The energy system is the foundation of industrialised economies, and it needs to be overhauled to phase out fossil fuels within a few decades. Huge industries like coal and oil will have to contract, and then disappear. And agriculture, transportation, and other sectors will need to change radically to become more sustainable and resilient.
The challenge for politicians, then, is clear: to devise fair policies that protect people from the inevitable shocks.
One idea with significant potential is a Citizen’s Fund, which would follow a straightforward fee-and-dividend equation. Companies that emit greenhouse-gas emissions or extract natural resources would pay fees into the fund, which would then distribute equal payments to all citizens, creating an economic cushion during a period of transformation and beyond.
This is not just an idea. In 1976, the Republican governor of Alaska, Jay Hammond, established the Alaska Permanent Fund, which charges companies a fee to extract oil and then disburses the proceeds equally to all the state’s citizens. In 2021, each eligible Alaskan received $1,114 – not as a “welfare payment” but as a dividend from a state commons (in this case, a finite supply of oil). The largest dividend ever paid was during Republican Sarah Palin’s governorship in 2008, when every Alaskan enjoyed a windfall of $3,269.
In 2017, James Baker and George Shultz, two former Republican secretaries of state, proposed a similar plan for the whole United States, estimating that fees on carbon emissions would yield a dividend of $2,000 per year to every US household. With backing from 3,500 economists, their scheme has broad appeal not just among companies and environmental-advocacy groups but also (and more incredibly) across the political aisle.
The economics is simple. A fee on carbon drives down emissions by driving up the price of polluting. And though companies would pass on these costs to consumers, the wealthiest would be the hardest hit, because they are by far the biggest, fastest-growing source of emissions. The poorest, meanwhile, would gain the most from the dividend, because $2,000 means a lot more to a low-income household than it does to a high-income household. In the end, most people would come out ahead.
But given that food- and energy-price shocks tend to hit low-income cohorts the hardest, why make the dividend universal? The reason is that a policy of this scale needs both broad-based and lasting support, and people are far more likely to support a programme or policy if there is at least something in it for them.
Moreover, a Citizen’s Fund is not just a way to drive down emissions and provide an economic safety net for the clean-energy transition. It would also foster innovation and creativity, by providing a floor of support for the entrepreneurs and risk-takers we will need to transform our energy and food systems.
A Citizen’s Fund could also be expanded to include other global commons, including mining and other extractive industries, plastics, the ocean’s resources, and even knowledge, data, and networks. All involve shared commons – owned by all – that are exploited by businesses that should be required to pay for the negative externalities they create.
Of course, a universal basic dividend is not a panacea. It must be part of larger plan to build societies that are more resilient to shocks, including through greater efforts to redistribute wealth by means of progressive taxation and empowerment of workers. To that end, Earth4All, an initiative I co-lead, is developing a suite of novel proposals that we see as the most promising pathways to build cohesive societies that are better able to make long-term decisions for the benefit of the majority.
Our most important finding is perhaps the most obvious, but it is also easy to overlook. Whether we do the bare minimum to address the grand challenges or everything we can to build resilient societies, disruption and shocks are part of our future. Embracing disruption is thus the only option and a Citizen’s Fund becomes an obvious shock absorber. — Project Syndicate

• Owen Gaffney is an analyst at the Stockholm Resilience Centre and the Potsdam Institute for Climate Impact Research.